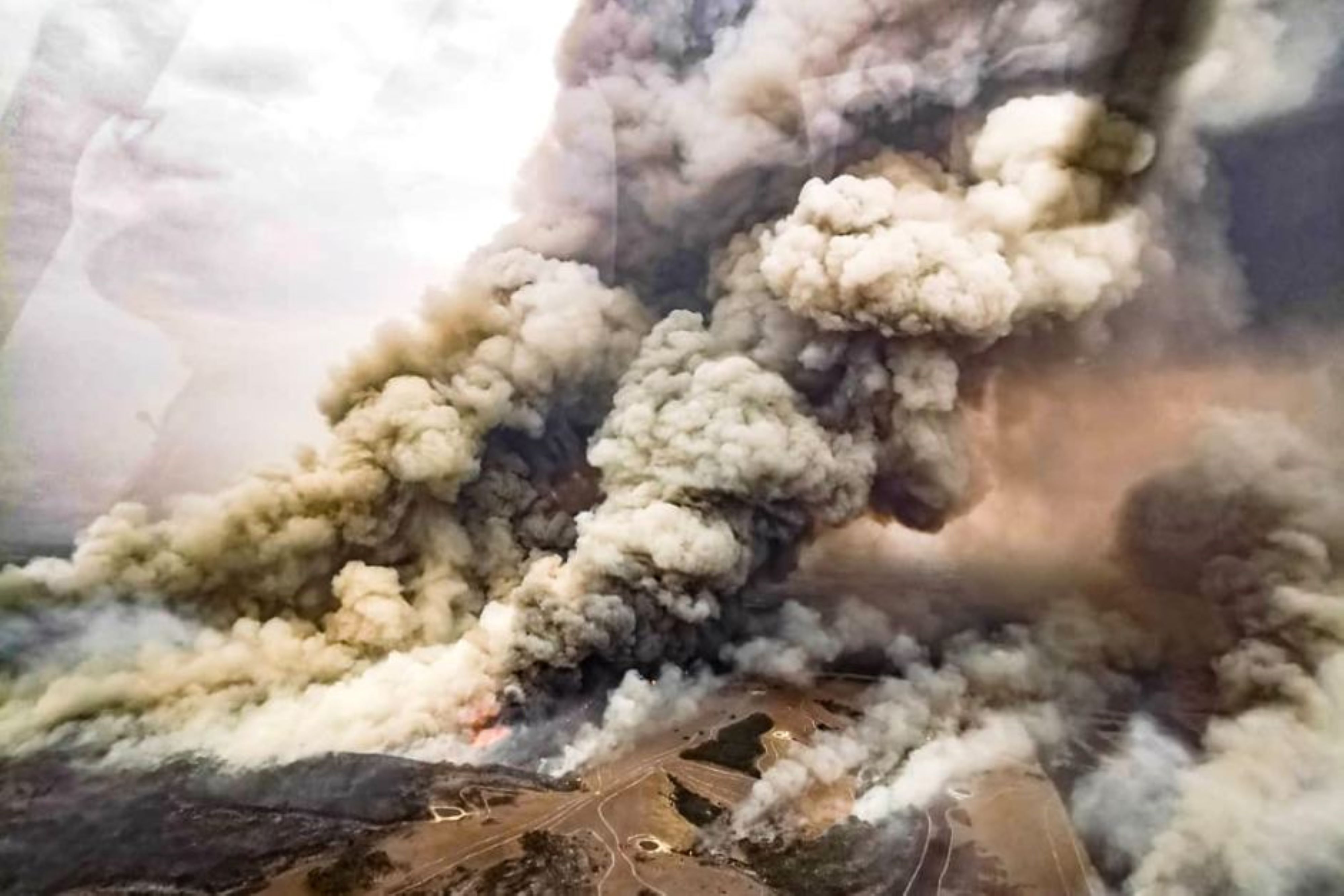 Fire authorities are fighting to build control lines around a massive bushfire on Kangaroo Island before a coming wind change.

Two warnings are current – a watch and act for the northwestern end, which takes in a huge section of Flinders Chase National Park, and an advice message for the rest of the island, encircling the first warning area.

The uncontrolled fire started near the Playford Hwy and West End Hwy and was burning in a westerly and southerly direction towards the coast. Footage of several “fire tornados” breaking out in the inferno were posted on social media.

There is an extreme fire danger today and fears a forecast wind change later on Friday will further spread the fire. More than 10,000ha have so far been burnt, largely in the Ravine Des Casoars Wilderness Protection Area, which is part of Flinders Chase National Park. Flinders Chase is closed to the public. CFS, DEW, MFS and Farm Fire Units were active across the fireground and more CFS crews and appliances were heading to Kangaroo Island. Ground crews were likely to be supported by water-bombing aircraft during the day. A relief centre was open at the Kingscote Football Club on Centenary Ave.

Extensive road closures were in place on the western end of Kangaroo Island. For further updates on road closures visit www.traffic.sa.gov.au On Thursday desperate measures were underway to build control lines around the scrub fire before the wind change, which could send it fanning across the island. Strategic backburning took place in preparation for Friday’s worsening conditions, aiming to create control lines south of the fireground.

The CFS urged anyone on the island to seek refuge or to remain in its eastern end, at towns such as American River or Penneshaw. There were grave fears for Friday’s weather forecast, which includes very strong winds and dry, hot weather across the fireground. An incident management team was travelling to the island to co-ordinate firefighting activities.

Kangaroo Island Mayor Michael Pengilly said crews were “desperately” backburning around the fireground ahead of a cool change on Friday. “There is forecast to be a fresh northerly in the morning which will swing to west,” Mr Pengilly said.

“The aim is to try and stop it spreading across Flinders Chase which could potentially take the fire through to Vivonne Bay on the south coast. “It’s Kangaroo Island, it’s summer, it’s Australia, we always get lightning here and we just have to deal with it, end of story.” On Thursday there were 99 firefighters on the fireground backburning and creating earth-breaks in an attempt to contain the fire before the wind change on Friday afternoon. Mr Pengilly said if visitors to the island wanted to stay alive they should avoid the western parts of the island where the Ravine fire was burning.

“It is peak holiday season here,” he said. “We have probably got about 10,000 people on the island including residents at the moment, that's up from our normal 4500. “The national parks are closed down and it is essential to keep people safe. Visitors are being urged to go to the east of the island.” A CFS spokeswoman said additional resources were being sent to Kangaroo Island to try and contain the fire.

“The CFS is being supported by SES who are co-ordinating the Humanihut accommodation and helping with logistics, as well as farm fire units and Department of Environment and Water firefighting crews,” she said.

The MFS has additional resources stationed at Kingscote, and the CFS has also engaged mechanical support, to ensure maximum truck and appliance capability.” CFS state duty commander Brett Loughlin asked accommodation and AirBnB hosts to warn guests about the fire before they set off for the island ahead of the increased fire danger tomorrow. “For people travelling to, or around the Island, the CFS recommends that you have a bushfire survival plan. If you are travelling into an area that you’re not familiar with, please plan ahead,” he said.

“The CFS asks that the community on Kangaroo Island stays informed. We are conscious that many people may be holidaying on the Island, and we ask that you remain alert and vigilant, given tomorrow’s conditions.” 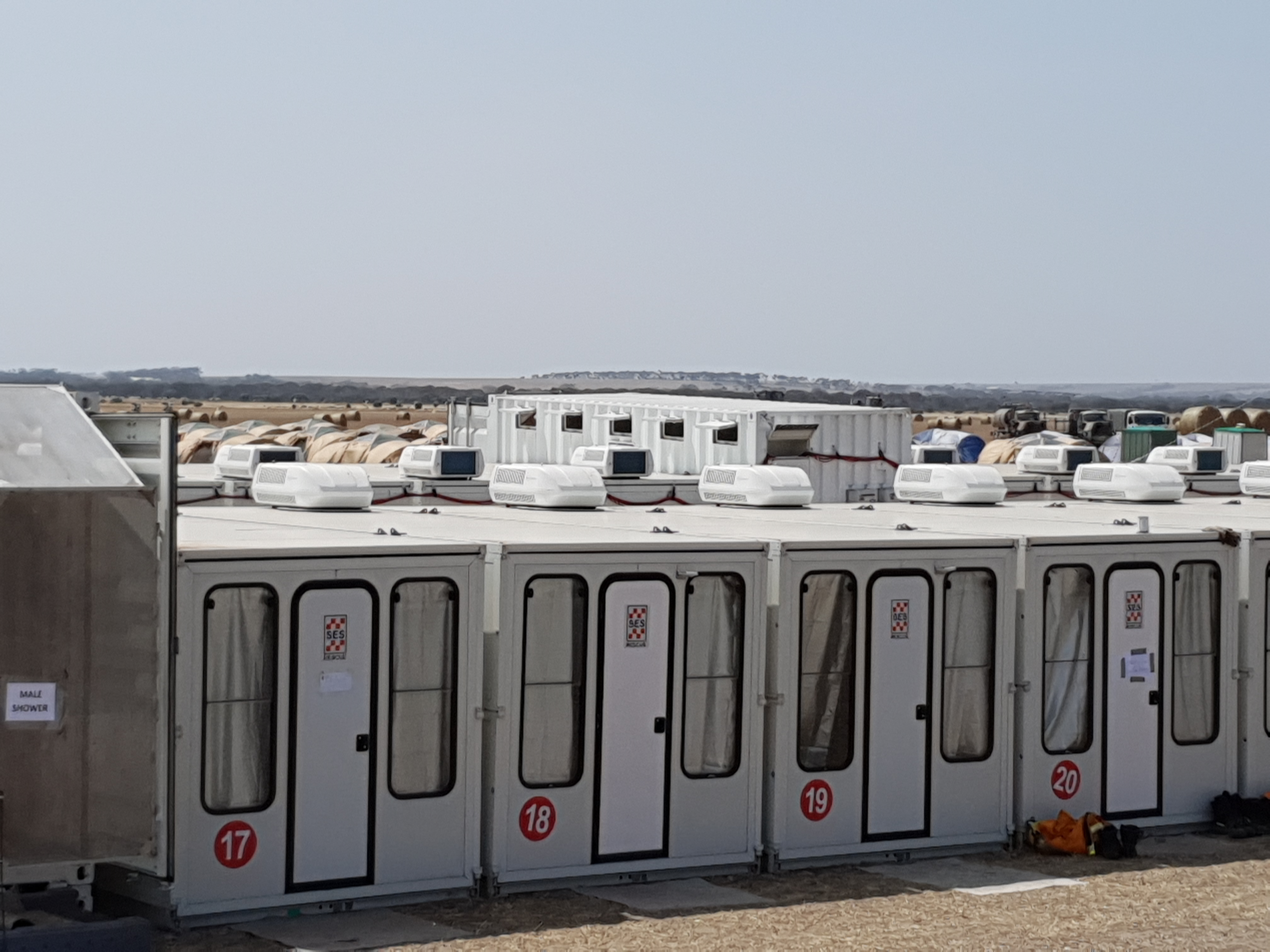