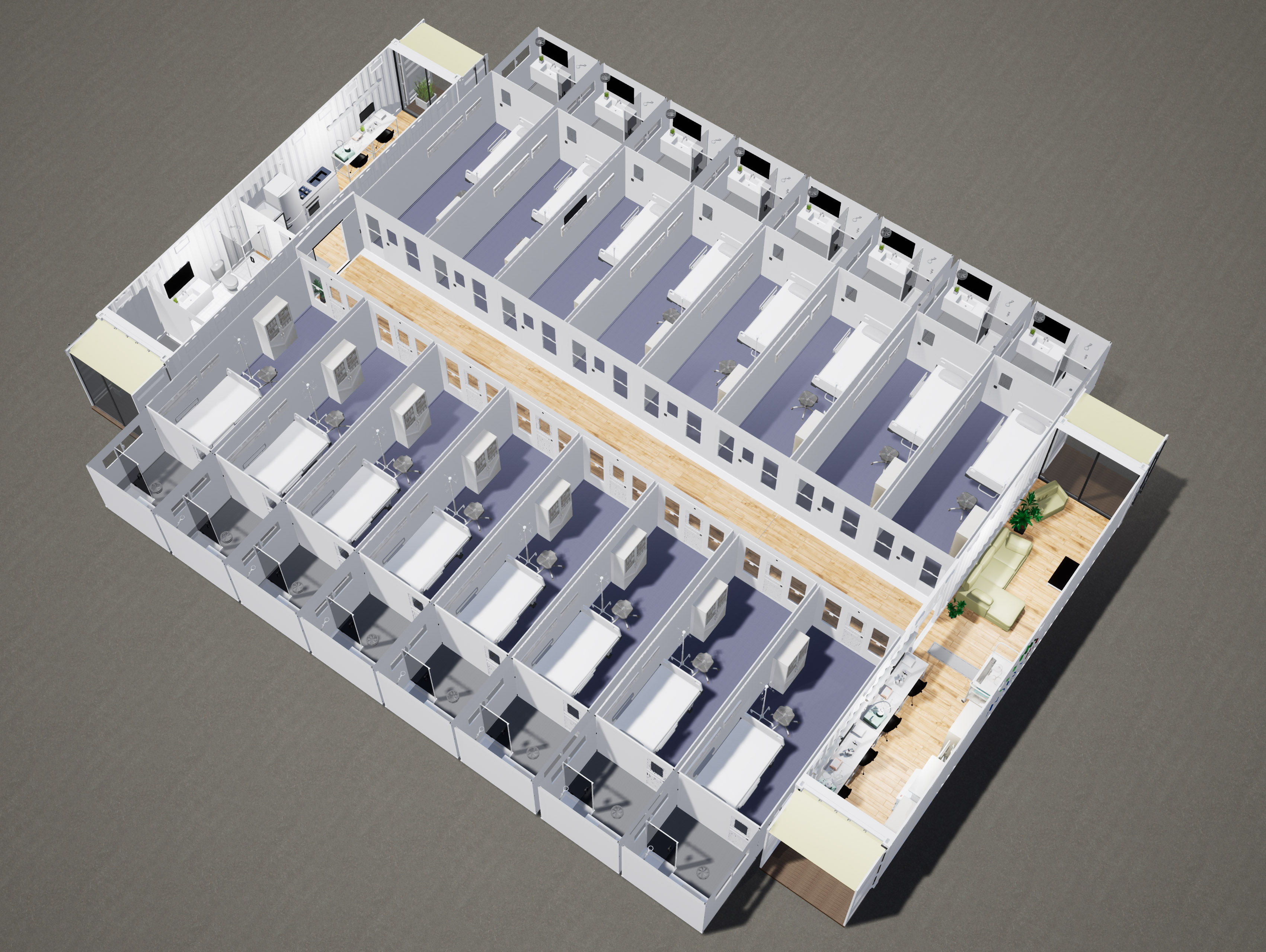 Adelaide company Humanihut has launched a portable isolation hospital for widespread medical emergency hotspots to treat patients with respiratory illnesses in the wake of the COVID-19 pandemic.

Humanihut’s ‘Florey’ isolation hospital has received expressions of interest from government clients in the United States, Europe, Middle East and Australia to better prepare for future epidemics or health crises. The deployable medical facility was adapted in partnership with French-based business Utilis International from Humanihut designs for disaster accommodation.

Humanihut Co-Founder and Managing Director Neale Sutton said the new Florey model was created for the COVID-19 outbreak in New York and serves as an efficient market-ready alternative to tents, which are the current industry standard for field hospitals. “In the initial stages, the [coronavirus] epidemic had governments around the globe looking for very quick solutions to assist the pressure that was being placed on their medical facilities,” Sutton said. “We’re now focusing our product into the longer term, it’s about what comes next after COVID-19 and after all of the equipment has been used on this outbreak; is there enough to be used for the next outbreak?”

A Humanihut shelter camp was delivered to South Australia’s SES in 2018 and deployed on Kangaroo Island late last year for use by volunteers fighting bushfires there. Sutton said the Florey costs A$200,000 per bed in comparison to approximately $1.5 million per bed for a hospital. “The Humanihut Florey system is a far more robust and rapidly deployable system than just about anything else that’s around,” he said. “We’re talking to a number of prospective clients around the world about what they’re going to do next and the part we can play in their operations going forward looking over their horizon to 2021 and beyond.”

Sutton said he was in talks with a local government in the US for the purchase of a Florey unit within the next 12 months. In its basic configuration, the Florey isolation hospital comprises of 16 flatpack huts each measuring 6m x 2.3m  (19f x 7.5f) that are set up as single-bed patient rooms attached with ensuites, which stand between two 40ft containers housing a nurse’s station, staffroom, kitchen, bathroom and laundry. A fully enclosed weatherproof internal corridor made from a soft polymer canvas is then placed in the centre of the facility to connect the containers and patient rooms.

The Florey is named in honour of pioneering South Australian pharmacologist Howard Florey who was awarded a Nobel Prize in 1945 for his role in developing penicillin. It is deliverable by land, air or sea inside the two 40ft containers and can be established within 24 hours. The facility is also scalable for increased capacity to meet required demand. Sutton said the rapidly deployable nature of the product was crucial for assisting medical workers at the beginning of a health crisis. “[Clients] need things set up quickly, they don’t want them to be permanent, but they want to be able to call on them time and time again and once the field infrastructure system has done its job it can be packed up and reused again over the life of the product,” Sutton said. More than half of the manufacturing process for the huts is done in South Australia, including work from South Australian companies Enviroclad and Kadego. Sutton plans to shift the remainder of the operations to the state later this year. Humanihut launched in 2015 and have sold other variations of their field infrastructure systems to the South Australian State Emergency Service as well as to clients in Saudi Arabia and France. 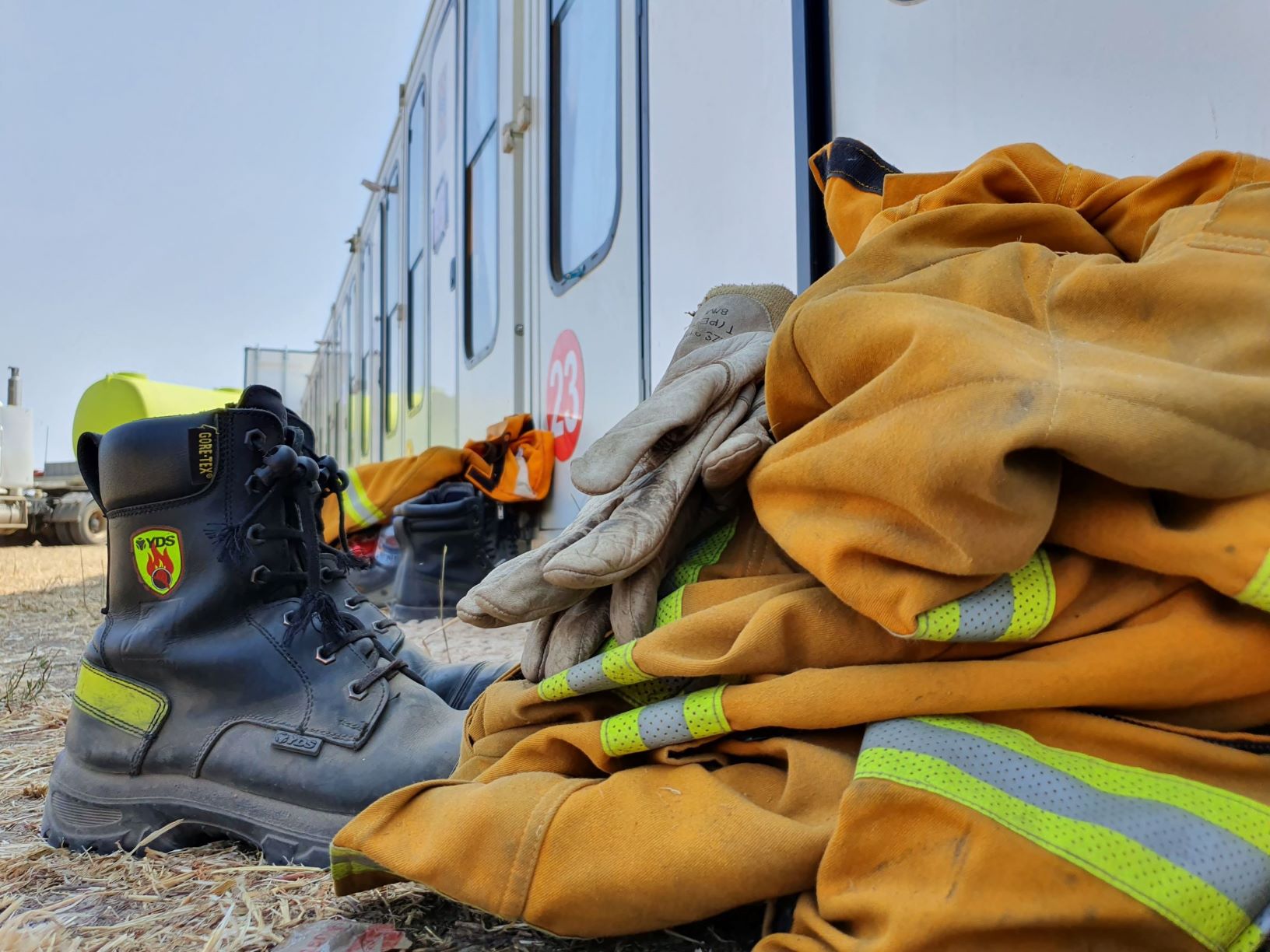